We can tailor make performance to suit your needs. We can adapt performances to any space and create work in response to a story/ theme and for any age group.

Glusburn Institute commissioned us to create a promenade performance around their space. The performance explored the history of the building and we re-created real people from the past who had been linked to the institute. We involved the audience at the heart of the action as they immersive themselves in the drama.

In discussion with Earby Youth Hostel to create a promenade theatre performance that explores the history of the youth hostel and takes the audience on an immersive tour of the site.

Whatever your business need we are able to offer tailor made activities/ workshops. Speak to Rebecca to discuss your requirements.

“Any training relating to interacting with others lends itself well to drama,” says Mary Pierson, director at Oval Consulting, and a business psychologist. “It makes it much more of a learning, developmental experience than just talking about tools and techniques.”

Being involved in drama activities encourages creative thinking, problem solving skills and working as a team to achieve a shared goal. At the same time, they are developing their self-confidence, communication, co-operation, negotiation and leadership skills in a fun and engaging manner. All these skills can then be applied in all areas of learning. Drama can support speaking and listening, extending vocabulary, encouraging students to express opinions and motivates their extended writing.

Drama gives children opportunities to reflect on difficult issues, using dramatic techniques to discuss, explore and allowing them to express their thoughts/feelings/emotions in a supportive environment
Please email or speak to Rebecca to discuss your specific needs/ requirements.

Rebecca has been a Drama teacher for 20 years and is also a GCSE Drama Examiner for Edexcel and is extremely familiar with all specifications. Rebecca also works for Stage 84, teaching acting and directing students for their Trinity Examinations. Rebecca is also an Arts Award Advisor for Trinity.

Our Murder Mysteries can be written for a particular event/ theme or just to celebrate a special occasion with something a bit different!

Over the course of the evening the guests will meet lots of different characters and one of them will unfortunately be murdered! The murderer will be one of the cast and it is their job to work out who the Murderer is and why they have committed the act.

The guests need to listen careful to clues given, observing suspicious looks between characters, decipher whether a character is telling the truth or not, but be warned there may be a few red herrings thrown in to put you off the scent!

Once a Murder has been announced the guests will have the opportunity to question the different characters.

When the guests have reached a decision they fill in a team sheet explaining who they think the murderer is and the clues that led to this answer. The team answer sheet will then be collected in.

There will then be a re-enactment of the murder scene so they can see if they were right. The team with the correct murderer and the right reasons will receive a prize. 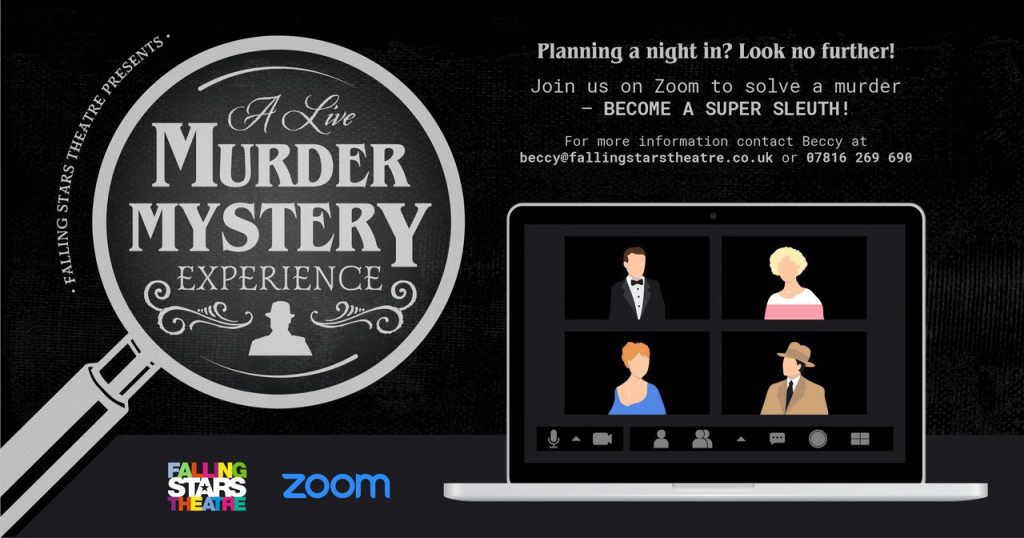